In the fight of his life, Pizzitola maintains an inspiring attitude 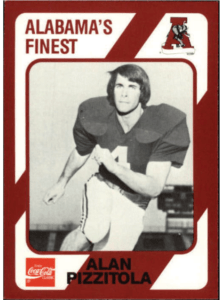 Never, more than today, is Alan Pizzitola fighting so hard.

Harder than in fall 1972, as a freshman walk-on safety for the Alabama Crimson Tide, when every play was, in reality, a job interview, and the guy doing the hiring was a fellow named Paul W. “Bear” Bryant? Yes, harder, much harder.

Harder than in spring 1973, when he won the Lee Roy Jordan Headhunter spring practice award and, as a bonus, earned a full scholarship? Yes, harder, much harder.

Harder than in fall 1973, when he started several games at strong safety while fending off multiple guys gunning for his job? Yes, harder, much harder.

Harder than in fall 1974, when he started every game, made 51 tackles and was touted by the Alabama Sports Information Office as “one of the finest strong safeties in Alabama history”? Yes, harder, much harder.

Harder than in fall 1975, when he battled a severe knee injury that limited his playing time, yet still made first-team All-SEC? Yes, harder, much harder.

Harder than in 1987, when he launched Business Interiors, Inc. in Birmingham amidst tough market competition (including his former employer) and grew the company into the state’s largest provider of creative office solutions and interior furnishings to the legal, financial, service, education, healthcare, manufacturing, government, technology, and hospitality industries? Yes, harder, much harder.

It’s a good thing that Alan is a fighter, because you see, my friend has Lou Gehrig’s disease, officially called Amyotrophic Lateral Sclerosis, or ALS. For his entire life, Alan’s been a fighter, so why would anyone think he’s giving up now?

Alan is a one-of-a-kind guy. Always smiling, joking, and dishing out friendly barbs to those he loves the most. I’ve been on the receiving end of many of those darts, so I guess that means I’ve passed his muster.

For years, I’ve called Alan the “Original No. 4” because, well, he was. Single digit jersey numbers at Alabama didn’t even happen until the early 1970s, and all records show that he was the first to wear the No. 4 jersey. Many iconic names have sported the number since then, such as Keith Pugh, Joey Jones, Tyrone Prothro, Mark Barron, Marquis Maze, T.J. Yeldon, Eddie Jackson, and Jerry Jeudy. But as long as we’re playing football and single digit jersey numbers are being assigned, Alan will always be the “Original No. 4.”

Alan’s ALS diagnosis came almost two years ago, and unlike most cases, his was self-diagnosed. Yes, self-diagnosed, which is so “Alan.”

“I went to several doctors,” Alan says. “And I told them OK, here are my symptoms. Number one, I’m losing hand strength. Number two, I’m losing a lot of weight. They did a battery of tests but provided no diagnosis.

“So, I started reading about ALS on the internet, and when I saw what the symptoms were, I realized several of them were consistent with what I was experiencing.”

Convinced he had ALS, Alan sought further help, so his physician made an appointment with doctors at the world-famous Mayo Clinic in Rochester, Minn.

“So, I go up there and I’m talking to the doctor and he says, ‘Tell me what’s going on.’ I said, ‘Well, I went on Google and looked at the symptoms I’ve been having and I’m afraid I have ALS.’

“Four or five days later, after a lot of tests, the doctor comes back and says, ‘Well, I have to give you credit. Dr. Google was right. You have ALS, and you have quite a journey ahead of you.’”

Today, Alan is on that long, arduous journey. Complicating matters in his battle is a recent diagnosis of severe diverticulitis, which resulted in surgery a few weeks ago. Although not connected in any way to his ALS, recovery from the surgery has been difficult and very painful.

“They kicked my tail at the rehab facilities,” he says, referring to his eight days at St. Vincent’s Hospital and seven days at Encompass Health Lakeshore Rehabilitation Hospital. “Every day for two weeks they’d come into my room and write my schedule on the board. First, it’d be physical therapy. Then occupational therapy. Then physical therapy again. But it was a good thing; they wouldn’t let me leave until I could walk without falling and had no more dizziness and nausea.
“It was all designed to get my strength back after surgery.”

If anyone can handle such adversity, it’s Alan. To be the laughing, jovial kind of guy that he is, he’s tough as nails, just as he was during his playing days as a 5-foot-11, 179-pound headhunting strong safety for the Crimson Tide. For his career he totaled 93 tackles, 10 for losses of 25 yards, and had two interceptions.

Two of those three losses were to nemesis Notre Dame, in the 1973 Sugar Bowl (24-23) and the 1975 Orange Bowl (13-11). In an odd twist, in the summer of 1975, just a few months after Alabama’s Orange Bowl loss, Alan had the chance to play golf with none other than Notre Dame head coach Ara Parseghian.

The story, almost 46 years later, is still told around the Elcona Country Club, located just outside Elkhart, Ind., which is just outside, you guessed it, South Bend. Elkhart native Mike Stock, one of Alan’s best friends and a Crimson Tide teammate, makes sure of it.

“Mike invited me to play as his partner in their invitational tournament,” Alan says. “So, on the first day, we’re paired with Mike’s dad, Gordon, and his friend, coach Ara Parseghian.

“We’re one down after 16, but Mike birdies 17 to tie it up. So, we get to hole 18, and I hit my approach shot onto the green. The only way to get to the hole, though, was to go over a huge slope. I was on the left side of the green on the flat part. The pin was on the right side of the green, about 10 feet away from the edge. If you putted straight at the pin, the ball would go off the green.

“Mike comes over and says ‘I hate to tell you this but you’re going to have to putt it almost to the very top of this slope and if you do, it’ll come down at the hole. It’s ridiculous. I’ve never seen anybody make one. Just try to get it close.’

“Coach Parseghian comes over – and this is right after Notre Dame had beaten us two years in a row – and says ‘Well, I guess it’s about time y’all beat us in something.’ Stock quit laughing at that point. We did, though, get a little revenge.”

Despite his post-surgery pain and the uncertainty of what lies ahead with his ALS, Alan laughs heartily when telling the Parseghian story. One thing is for certain – no surgery or ALS is going to keep this guy down. His personality and charm (there, I said it) is contagious; his quick wit is everlasting. He can light up a room with the best of ‘em.

In 2006, Alan and fellow Alabama defensive back Ricky Davis pooled their resources to make a donation to the Athletic Department’s Crimson Tradition Fund. In recognition of the gift, the Defensive Backs Meeting Room in the Football Complex (now the Mal M. Moore Athletic Facility) was named in their honor. Since that time, every Tide defensive back – from walk-ons to All-Americans – has seen Alan’s and Ricky’s names on the recognition plaque.

Just as Alan gave back to Alabama Athletics in 2006, it’s now the Bama nation’s turn to honor Alan. Ricky Davis and Alabama mid-1970s baseball player Keith Norton, director of development for the Culverhouse College of Business, have launched a fundraising campaign to name an endowed marketing professorship in Alan’s name in the University’s Culverhouse College of Business. To learn more, I hope you’ll contact Keith at 205-348-7353 or [email protected]

If not for his extended recovery from the surgery, Alan – despite his progressing ALS condition – would be back at work, doing what he loves most. “They’re calling me a wimp,” he jokingly says. “But I’ll get back there soon enough.”

In the meantime, with loving care from his wife Suzanne and family, Alan is at home while he fights the greatest battle of his life. He’s able to work out and is still going to physical therapy for his surgery rehabilitation. For his ALS treatment, he takes oral medicine twice a day and goes through a 14-days-on, 14-days-off infusion treatment. 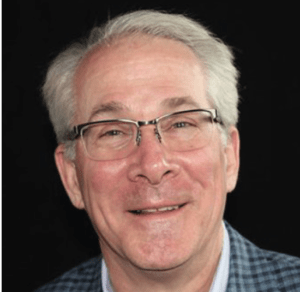 “My mobility is fine; for the most part I can walk pretty well,” he says. “The only thing I’m losing right now are my hands; they’ve lost their strength. Just the other day I went into the kitchen and tried to open a bag of potato chips. After about 20 tries, I just handed it to Suzanne.”

Many of Alan’s Crimson Tide teammates, as well as friends and associates from all periods of his life, have come to his side, offering help and encouragement.

“The thing that’s surprised and overwhelmed me are the emails, text messages, cards, and calls,” Alan says. “It’s been absolutely unbelievable and so inspiring.

“A lot of people have told me, ‘You’ve done this your whole life; you’ve battled, you’ve fought. Don’t give up now.’

Godspeed and prayers to you, Alan Pizzitola … the Original No. 4.

(P.S. And thanks for getting the best of Ara Parseghian.)

Next Month: How and why TIDE PRIDE was started: A 33-year retrospective.