As associate athletics director, Tommy Ford retired from the University of Alabama Athletics Department on Sept. 1, 2019.

As a student at Alabama from 1974-78, Ford served in the SGA Senate, Jasons, and the Kappa Alpha Order, and during his senior year (1977-78) was sports editor of The Crimson White school newspaper. After graduating from the Capstone, Ford returned to Gadsden before going back to the University in 1982.

From 1982-87, Ford worked for the National Alumni Association in alumni chapter development and fundraising. In 1987, he was hired as assistant ticket manager in the Athletics Department, and then was promoted to ticket manager, a position in which he served from 1987-93. For thirteen years from 1993-2006, Ford was director of TIDE PRIDE, the Athletics Department’s football and basketball ticket priority program.

From 2006-2009, Ford served as director of the Athletics Department’s new annual fund, the A+ Incentives Program, now known as the Crimson Tide Scholarship Fund. From 2009 until his retirement from the University in September 2019, Ford oversaw the A-Club Alumni Association, the school’s official letter-winners organization, and the Red Elephant Club booster groups. In summer 2020, Ford joined Tuscaloosa’s Spaces Realty LLC as a realtor, specializing in luxury condominiums located in the “footprint” of Bryant-Denny Stadium and Coleman Coliseum.

Ford is married to the former Robin Rich of Gadsden, and the couple has one son, 23-year-old John Michael. 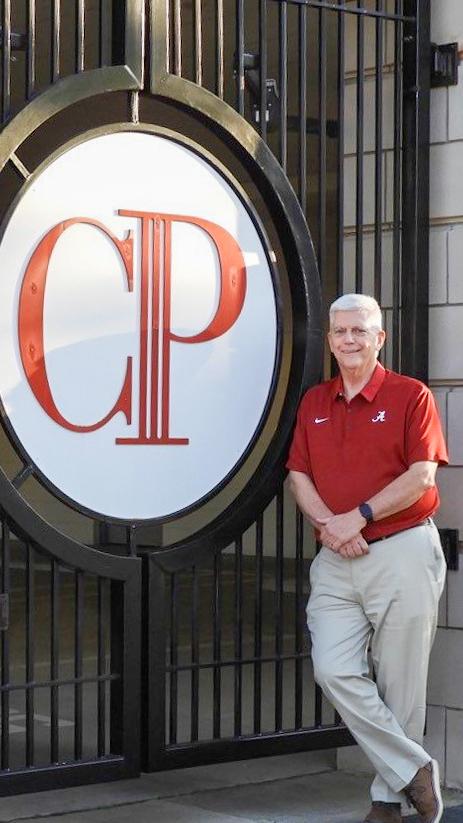